speed mating noun [U]
UK /ˈspiːd.ˌmeɪ.tɪŋ/ US /ˈspiːd.ˌmeɪ.t̬ɪŋ/
a way of meeting new friends that involves attending an event at which you talk to a lot of people for a short time to see if you like them

But going to an event such as speed mating is not without stigma. Olivia is a pseudonym because she knows that if she used her real name her students “would take the mick out of me”. After the event, she is exhausted: “I didn’t expect it to be so full-on … It’s also just reassuring to know I’m not the only person to feel like this. It’s not sad and it’s not pathetic, being 29 and not having friends in a new city.”
[The Guardian, 5 May 2018]

orbiting noun [U]
UK /ˈɔː.bɪt.ɪŋ/ US /ˈɔːr.bɪt.ɪŋ/
a way of ending a relationship with someone by suddenly stopping all direct communication but continuing to interact with them on social media, for example by liking posts or leaving comments

Vanessa admits there’s been written correspondence — a tweet reply here, a “haha” comment there — but largely, this man is in her orbit, seemingly keeping tabs on her with with no intention of engaging her in meaningful conversation or, you know, dating her. “Orbiting is the perfect word for this experience,” she wrote, “because right now I’m so annoyed I wish I could launch him straight into space.”
[www.manrepeller.com, 23 April 2018]

Marleying noun [U]
UK /ˈmɑː.liːɪŋ/ US /ˈmɑrː.liːɪŋ/
the activity of an ex-partner unexpectedly getting in touch around Christmas, named after Jacob Marley, the ghost of Ebenezer Scrooge’s business partner who re-appears on Christmas Eve in Charles Dickens’ book A Christmas Carol.

As with most dating trends, Marleying is a pretty rubbish experience. Having your Christmas fun brought down by the appearance of an ex is stressful and irritating. Christmas should be a time free of idiot exes and dates who let you down.
[Metro, 20 December, 2017] 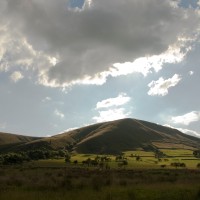