Ransom spam tricks you into thinking there is a problem with your computer and wanting to charge you to unlock or fix your PC.

infinity scroll noun a page on the Internet that keeps on loading more ads and links as you scroll it down, so that you never reach the end

Infinity scroll keeps looping (start over and over)

And that got entrepreneurs excited: if everyone’s so keen on power-ups and achievements, why not have them do something beneficial in the pursuit of those things?

splinternet noun a (possible future) internet that is split into many parts because of national or commercial interests, laws, restrictions, etc.

If countries proceed with data localization and similar efforts, the Internet will be broken up into a ‘splinternet’ of smaller national and regional pieces, with barriers around each of the splintered Internets, he added. 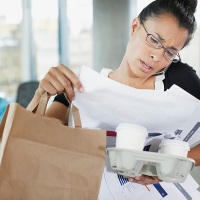