Usually, the best thing to do when two people are arguing is to stay out of it (not become involved): My sisters are always arguing, but I try to stay out of it. However, there are times when you might feel you need to step in (try to deal with or stop the argument): I had to step in before they started punching one another. Some people, however, prefer to stir up (cause) arguments: He’s always trying to stir things up between Jamie and Rose.

If you side with one person in an argument, you agree with them and often try to support them: My parents always side with my little brother. If you feel that one person is being treated unfairly, you might stand up for or (slightly more informally) stick up for them: I tried to stick up for my colleague, but our boss wouldn’t listen.

And what happens at the end of an argument? Well, someone who is still very angry and has not reached an agreement might storm out or storm off (leave the room in an angry manner): He stormed out, slamming the door behind him.

If an argument makes you very upset or angry, it may take some time to calm down afterwards: She was absolutely furious, and it took her days to calm down. However, if an argument is less serious, you may be able to shrug it off or laugh it off (show that you do not think it is important): Max was quite rude to Emma but she just shrugged it off. He laughed off their criticism and continued to do things his own way. You could always simply wait until the unpleasantness of an argument blows over (becomes less important and is then forgotten): I know she’s angry with you, but it will soon blow over.

38 thoughts on “Egging on, storming out and making up: phrasal verbs connected with arguing (2).” 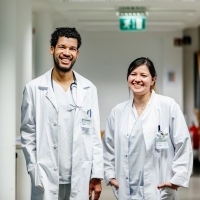