Talking about time is a very basic skill, but one that can often cause problems, especially if your main language thinks about time in a different way.

Firstly, if you want to know the time, what question do you need to ask? Well, if you are sure that the person you are asking knows the answer, you can simply say: What time is it? or What’s the time? (this is less common in US English). However, if you are not sure if they know, for example if you want to ask a stranger on a train or in the street, you can say: Excuse me, do you have the time, please? or (in UK English) Have you got the time, please?

In more general speech, many of us move between a 12-hour clock and the more old-fashioned system we use for clocks with hands.

However, it is also common to convert 12-hour times into their old-fashioned equivalents, especially for units of 15 or 30 minutes, for example saying half past five for 5:30 (half past is much less common in US English). Be aware that – unlike some other languages such as German – we relate half hours to the hour before, not the next hour.

For times between one and twenty-nine minutes after the hour, UK English uses past and US English after (although past is also sometimes used in US English). So 5:20 is five twenty (UK and US), twenty past five (mostly UK) or twenty after five (US).

And for times between thirty-one and fifty-nine minutes after the hour, UK and US English use to and US English sometimes uses of. So 7:40 is seven forty or twenty to eight (UK and US), or twenty of eight (US).

In formal contexts, we use a.m. and p.m. to specify whether a time is before or after midday (mostly UK) / noon (mostly US): 4:00 four a.m. (note that you shouldn’t say ‘o’clock’ with these abbreviations). In more informal speech, we say, e.g., four o’clock in the morning/afternoon, seven o’clock in the evening or eleven thirty at night.

And while we’re on the subject of time, did you know that ‘time’ is the most commonly used noun in English? Next month I’ll be looking at some common phrases containing this word. 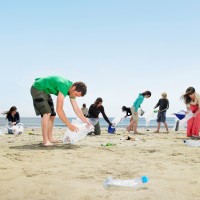